The nation awaits with bated breath as in the next six months, 43 cities will be mainstreamed on India’s flight connectivity grid, an outcome of the Udan scheme launched to spur regional flights covering distances up to 800 km. These include a dozen airports where limited but irregular flights operate, and an astonishing 31 destinations that are not connected at all despite the existence of airport facilities.

The fact that these constitute less than 10% of India’s inactive airports or airstrips (394 out of 450 are dormant currently) just proves the scale of India’s untapped civil aviation opportunities. The Udan scheme is a critical component of the national civil aviation policy unveiled in June 2016. It offers viability gap funding to operators to fly smaller aircraft to such airports with a commitment to price tickets for at least half of the seats at Rs 2,500 for an hour-long flight.

UDAN comes as a crucial need of the hour. In 2016, India's domestic air passenger traffic grew at a record breaking rate of 23 per cent, with 100 million passengers becoming the third highest in the world unseating Japan. In a century of Civil Aviation in India, only 76 airports became operational with scheduled commercial flights. With UDAN, the government plans to connect the unserved airports.

The government has set up an inter-ministerial committee to monitor UDAN. The panel would be responsible for coordination among stakeholders, including state governments, for “time bound” implementation of the scheme.

·        Apart from various incentives, the operators of such flights would be extended viability gap funding, for which money is partly raised through a levy of up to Rs 8,500 on flights operating in major routes like Delhi and Mumbai.

·        The viability gap funding would be in place for three years for the airlines concerned from the date of starting operations in a particular UDAN route.

·        Other benefits include zero airport charges for the operators and three-year exclusivity on the routes.

·        Air Odisha Aviation has won the bid to connect the maximum number of unserved airports in the country.

The most heartening aspect is that these include six proposals for 11 routes that don’t seek any subsidy under the scheme, proving there is an untapped economic potential. The benefits for tourist hotspots such as Agra, Shimla, Diu, Pathankot, Mysuru and Jaisalmer, that would now be just a short flight away, replacing cumbersome road or rail journeys, are obvious. This will also benefit industrial cities like Kanpur, Salem etc as it will help the SME owners who frequently need to travel to different cities.

However, some issues have raised their heads and tackling them could be tricky. Some of the private airlines have voiced against it. According to them, the price could be an obstacle for profit level.

An analyst said the regional aviation policy was very complex and may face rough weather as subsidy alone is not sufficient to keep small airlines flying. Aircraft acquisition, pilots and cabin crew, training, maintenance, spare parts and import duties symbolize a major burden for a potential operator, predominantly in view of the fact that subsidies will be removed after only three years as the government expects the new routes to become profitable after that period.

Airfares are set to climb with the government deciding to charge up to Rs 8,500 per flight on major routes to fund the scheme.

The significant multiplier effects of aviation activity, including new investments and employment creation for the local economies of other destinations could be equally profound. Provided this model is sustainable and more regional flights come up under the scheme, the availability of slots at larger airports that would emerge as hubs could become an issue, particularly at capacity-constrained airports such as Mumbai. The second airport at Navi Mumbai may help ease congestion, but that is still years away.

In cities where new airports have been developed, such as Bengaluru, abandoned old facilities could be revived as dedicated terminals for low-cost and regional flights. Separately, new no-frills airports must be encouraged where traffic is expected to hit saturation point in coming years.

Recently, four new foreign investors and a few domestic players have expressed interest in managing operations at state-run airports such as Jaipur and Ahmedabad. This marks a revival in investor interest after a long lull. So it is time to revisit provisions that offer existing private operators of large airports (burdened by debt) the right of first refusal on any new airport proposed within 150 km. Most interested bidders for the Navi Mumbai airport stayed away over this clause.

In the meantime, it is an exciting time as the nation looks ahead excitedly to a new era of transformation in domestic aviation, as UDAN promises to connect destinations earlier left untouched and unreached. 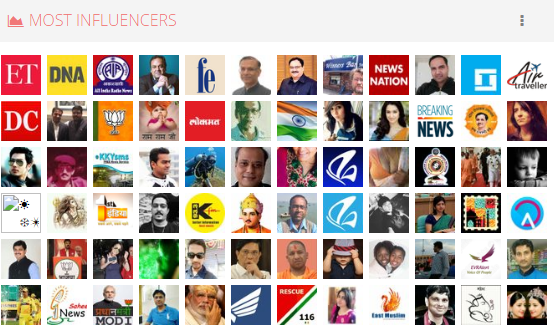