Snapchat Finds That It Has The Happiest Social Media Users Online

A recent study has come up which talks about how and why users who use social media networks feel that Snapchat makes the users happy when compared to social media giants like Facebook and Twitter.

Snapchat commissioned an analysis with Murphy Research to understand how users spent their time on social media networks and what was the outcome of it.

Results of this analysis are broken down into three different conclusions.

According to the first analysis made, 95 percent of Snapchat users stated the application made them feel joyful, more than any other application they have conducted a test on.

YouTube was largely associated with positive emotions, which entertained users since it is the largest video sharing platform.

Here’s a breakdown of how users felt after using different applications. 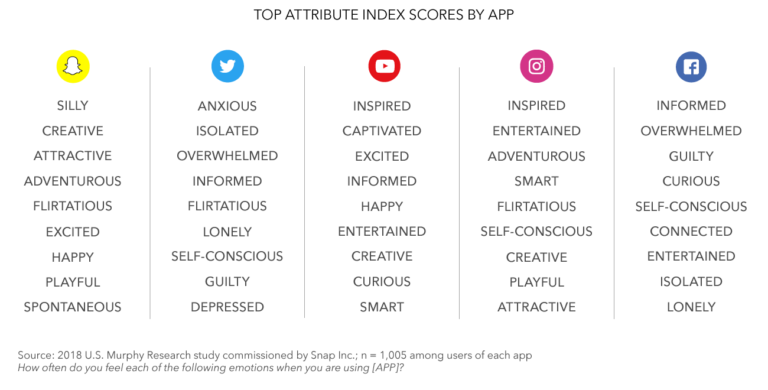 The second analysis states that users use each social media platforms for a different purpose: 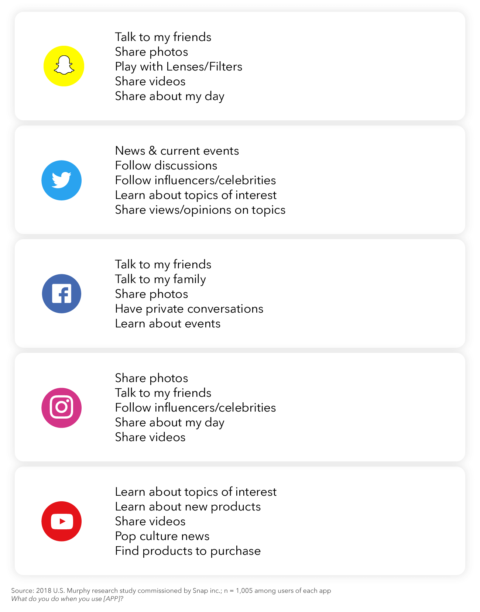 The third analysis was on what social media platform users were present while they were doing different activities: 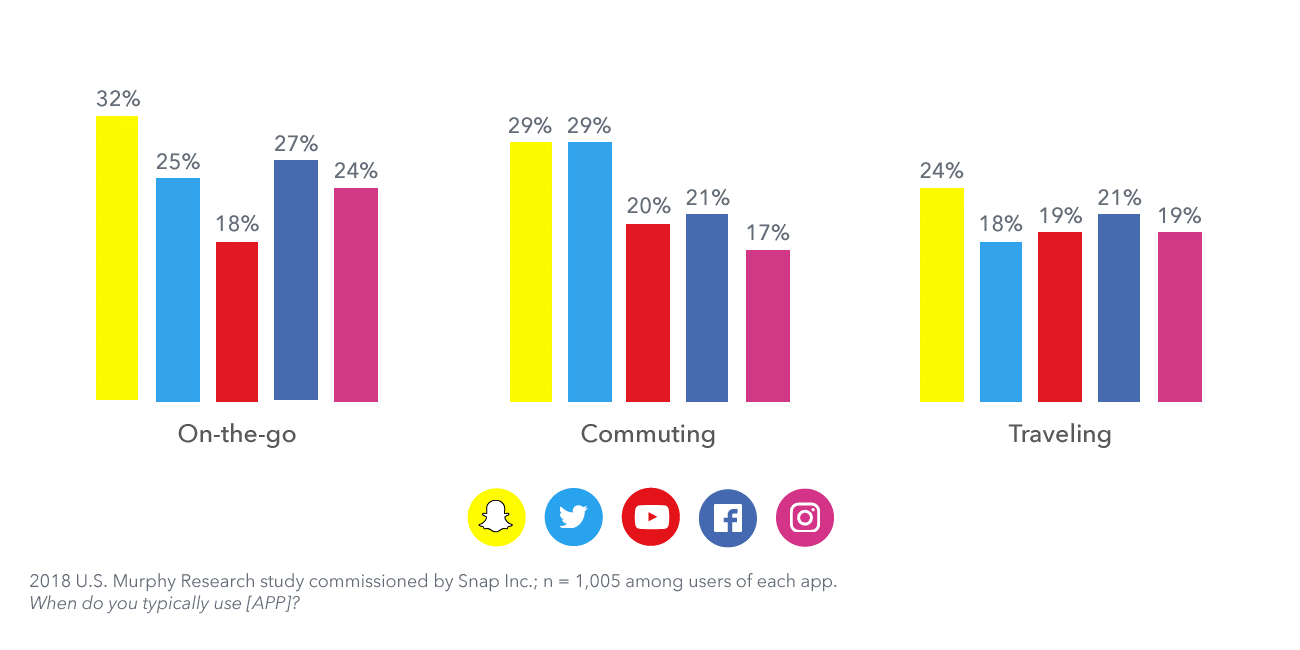 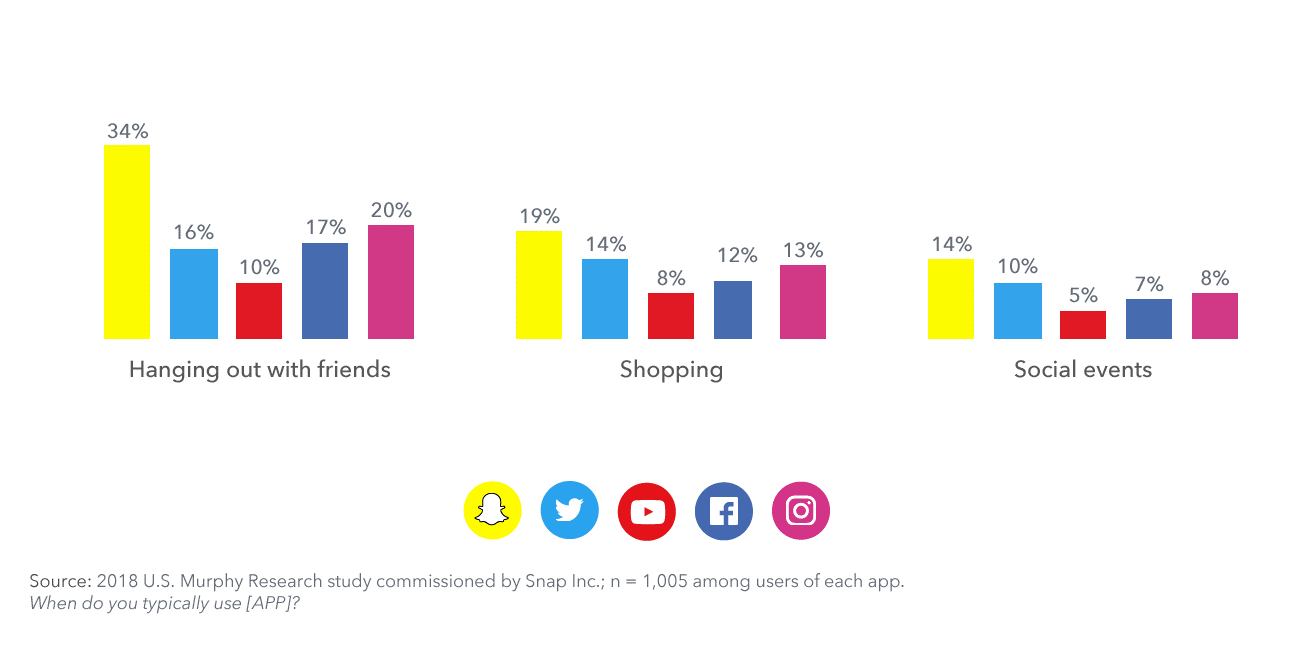 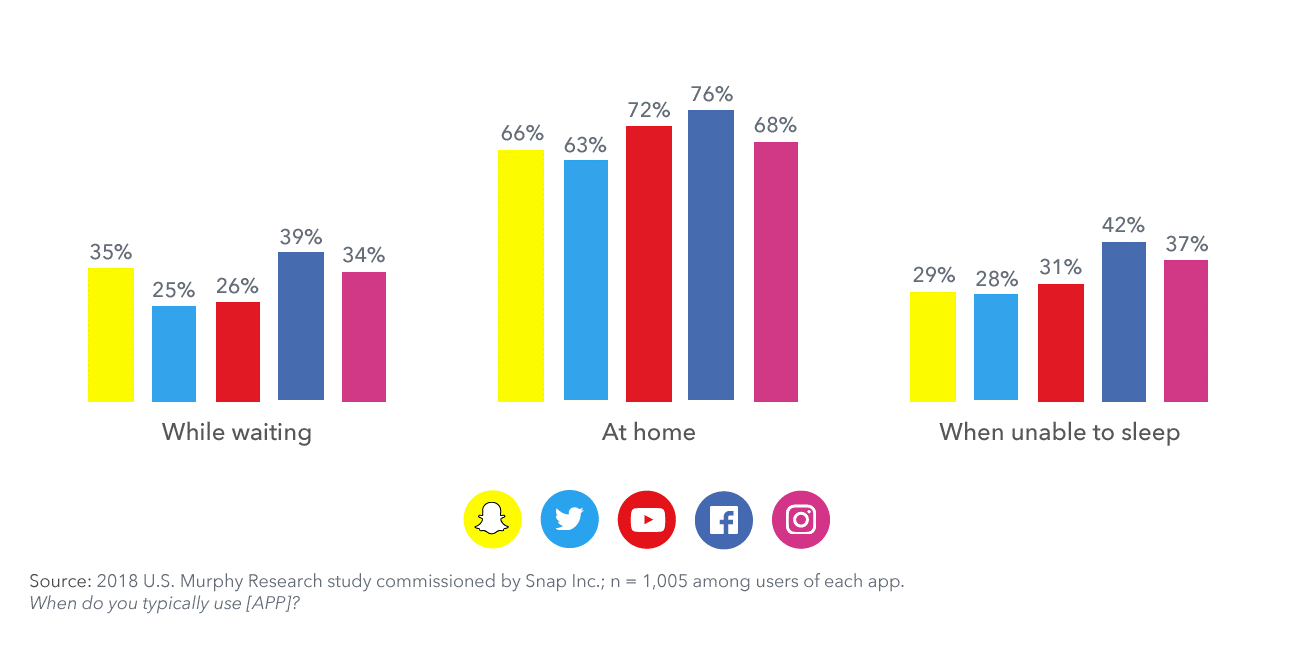 A total of 1,005 app users were surveyed who were in the age group 13-44. These type of surveys are generally conducted by companies to analyze the market and to check their popularity among a group of users.