Social media has become an intrinsic part of daily life, affecting both casual users and businesses alike. It has evolved over time and been highly prolific. It has met many needs from finding lost friends, keeping in touch with loved ones, finding jobs to exposure to businesses. Here is a view of social media in time. 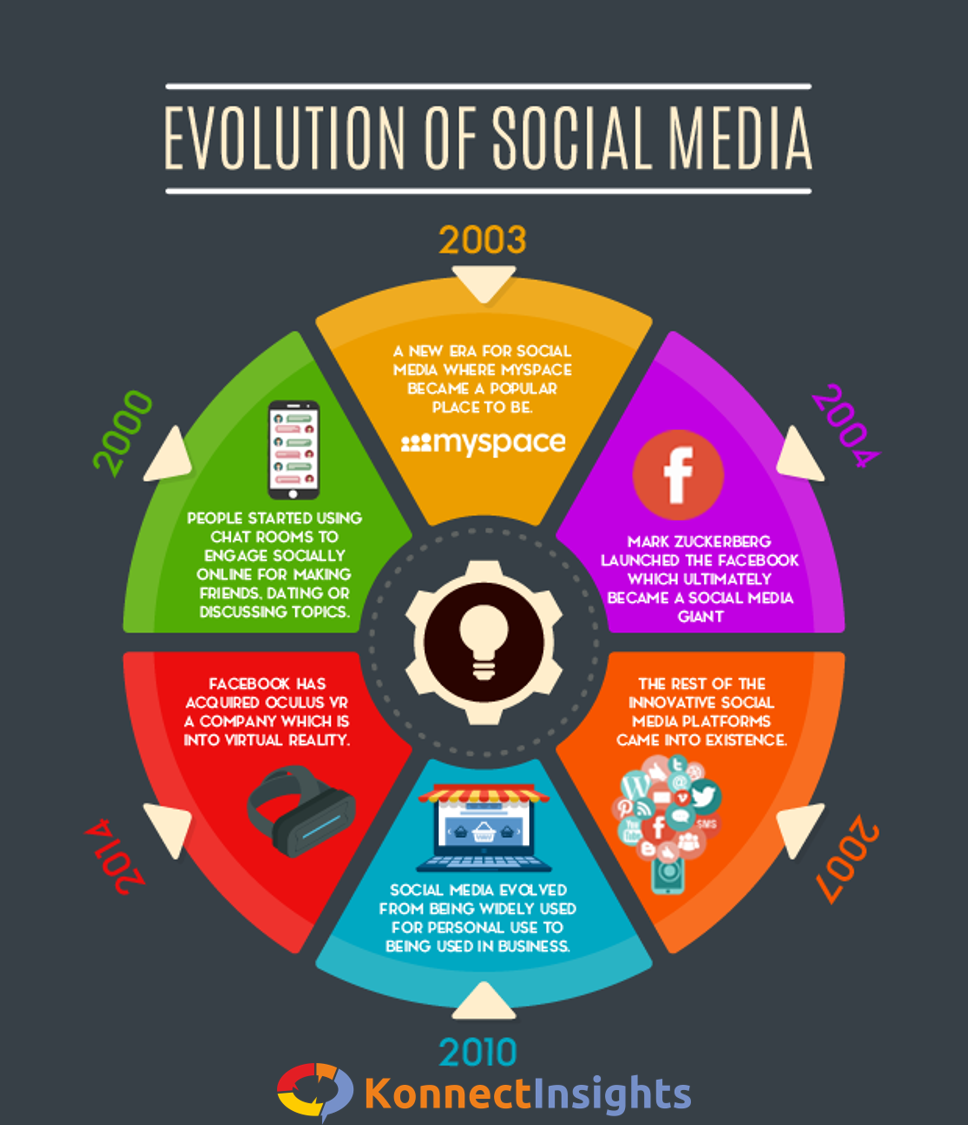 The First social media site was called Six Degrees which lasted from 1997 to 2001. Six degrees allowed users to create profiles and friend other users.

From here the internet moved on to blogging and instant messaging. People were able to communicate with bloggers as well as other readers. The term “blog” is a form of the phrase “Weblog” which was coined by Jorn Barger, an early blogger that was the editor of the site “Robot Wisdom.” From here the ICQ was born which lead to AOL’s instant messenger.

2003 was a new era for social media where MySpace became a popular place to be. MySpace was an inspiration for todays platforms like Facebook. LinkedIn was also among the early ones using this time aimed for professionals.

2004 Mark Zuckerberg launched the Facebook which ultimately became a social media giant, was initially made for Havard students. In 2006 text messaging and SMS inspired the creation of Twitter which can be uniquely identified by its 140 character limit.

2007 onwards the rest of the innovative social media platforms came into existence. Among the earliest was Flickr which was most popular photo sharing. Others that were introduced were Photobucket and Instagram, with Instagram gaining more popularity today. Tumblr was introduced as a microblogging website now owned by Yahoo. Other social media platforms that got introduced where Foursquare, Pinterest, Spotify, Google Buzz, Loopt, Blippy and Groupon.

Over the course of the past three years, “Fourth screen” technologies like smartphones, tablets, etc. have changed social networking and the way we communicate with one another entirely.

A research showed that 80 percent of social media posts are announcements about a person’s experiences. This is used by marketers and many listening tools have been developed to understand target audiences. Sharing feature of social media has given great exposure to people and businesses alike. Harvard neuroscientists have discovered that being able to share our thoughts triggers the same pleasure sectors of our brain that food and money trigger. So businesses and individuals thrive to create sharable content to promote their cause.

The emergence of live video in social media representing both a challenge and an opportunity for marketers to really connect with people in ways that are intuitive and natural. Facebook and Twitter have bet big on video and live streaming.

Though it is not easy to predict the future but with the evolution of society and technology it will be interesting to see what shape social media will take. One thing is for certain that as more and more people start using the internet, they will seek out social media platforms. Existing users will keep a close watch on the changing trends in social media platforms and it is just a matter of time when they switch overnight. Businesses who want to survive need to watch how these trends are playing out over time. As Brian Solis said, “We have to be prepared; you will either disrupt or be disrupted."