How much damage is #BoycottSnapchat doing to the company?

#UninstallSnapchat and #BoycottSnapchat are trending big on Twitter and Google Play Store ratings for the app have fallen from 5 stars to 1 star. Thanks to Snapchat CEO, Evan Spiegel’s elitist and pompous comment on not expanding to poor countries like India and Spain. The comment didn’t go down well with Indians and the consequences followed.

Spiegel is alleged to have made this statement in 2015, according to a report in Variety. The statement came to light when ex-employee Anthony Pompliano’s lawsuit against the company was made public. Pompliano was suggesting how Snapchat should consider expanding to India and Spain, when he was allegedly cut mid-sentence by Spiegel during a meeting in 2015, "This app is only for rich people. I don’t want to expand to poor countries like India and Spain."

While the ‘India is poor’ comment might be sparking off outrage, the real issue at hand is the ‘number fudging,’ the context within which this remark was made. According to Pompliano’s lawsuit, Snapchat claimed it had 100 million users, which was higher than the 97 million counted by Flurry. Also according to the lawsuit, Snapchat was growing much more slowly, in single digits and under 5 per cent, rather than the double digit growth it was claiming.

Snapchat has replied to the lawsuit and denied all charges though the charges are serious since it is alleging that Snap Inc bloated numbers, which investors and advertisers will be forced to consider.

For Snapchat, the report doesn’t come at a good time. The company just went public with its IPO and raised over $3.4 billion, but the competition is winning. Instagram Stories now has 200 million daily active users, much more than the 158 million DAUs on Snapchat. Plus it doesn’t help that reports over the last few months have indicated that Snapchat Stories have seen a fall in views for the big creators.

Snapchat reportedly had close to 4 million users in India last year and this number is expected to have grown since then. The comment drew swift condemnation on social media and led several Indians to uninstall the app in protest. A day after the controversy began, the number of one-star ratings increased from 39,102 to 192,906 in 24 hours.

Even as offended Indians are uninstalling the app and have started negative campaigning, anonymous Indian hackers, in retaliation, claim to have leaked database of 1.7 million Snapchat users, which they hacked last year. According to Indian hackers, they had found vulnerability in Snapchat database last year and had siphoned details of 1.7 million users, but never used the data. However the arrogance of the Snapchat CEO has miffed them. So they leaked and made this data base available on the darknet to mark their resentment. They have further threatened to carry out intensive strike against the company in the virtual world till the CEO apologies for his remark.

Snapchat might not have the numbers like Instagram or Facebook or even WhatsApp. But it has managed to find popularity with young users, who are sharing more and more on the platform. That’s clearly threatened Facebook which tried to buy out the app in the past. Spiegel refused Zuckerberg’s offer of $3 billion.

With Filters, Stories, Vertical videos, articles that load instantly, Spectacles that have gotten popular, Snapchat, even with a complicated UI, which most adults cannot comprehend, has made a lot of formats mainstream, and the competition is struggling to keep up.

All said and done, while #UnInstallSnapchat might trend for now, and the images of the company have suffered grave bruises, Snapchat certainly isn’t going to die out anytime soon.

Here is a look at few numbers around the anti Snapchat conversations across platforms.

The overall sentiment of these conversations was negative as users slammed SnapChat CEO for his comment. 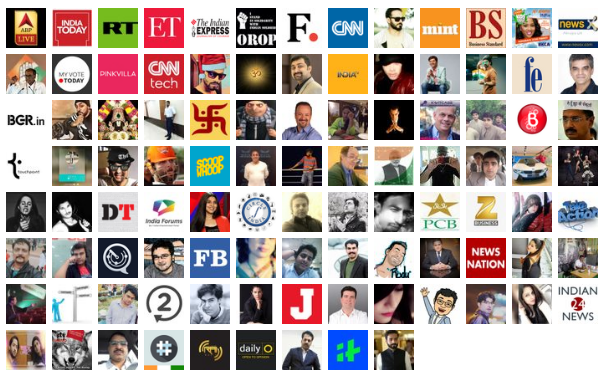