The third International Yoga day was observed on 21.06.2017, the longest day in Northern hemisphere and also marks sun’s transition to Dakshinayana. Summer solstice.

The idea of international Day of Yoga was the first proposed by the current Prime Minister of India, Mr. Narendra Modi during his speech at the United Nations General Assembly (UNGA), on 27 September 2014.

“Yoga is an invaluable gift of India's ancient tradition. It embodies unity of mind and body; thought and action; restraint and fulfillment; harmony between man and nature; a holistic approach to health and well-being. It is not about exercise but to discover the sense of oneness with yourself, the world and the nature. By changing our lifestyle and creating consciousness, it can help in well being. Let us work towards adopting an International Yoga Day.”

When draft resolution for International yoga day was introduced in UNGA by India’s permanent representative Mr.Asoke Mukerji, it was supported by 177 member states and adopted without vote.  A total of 177 nations co-sponsored the resolution, which is the highest number of co-sponsors ever for any UNGA resolution of such nature.

➢    84 different and unique nationalities took part in the event.

➢    Both a record as declared by Guinness World Records.

➢  Yoga at the highest altitude in the world – Siachen Glacier:

➢  Of the 193 UN member countries, celebrations were held in 192 countries

➢    Yemen the only exception, because of internal conflict

➢  Worldwide, yoga is estimated to be an $80 billion industry. 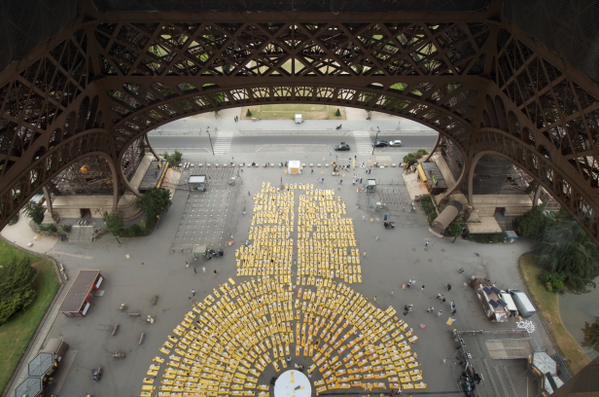 The second year celebration saw an equal verve and enthusiasm across the globe. It is indeed that Yoga made a good mark across the world. Better mind and body-Better peace and happiness.

➢    More than 30,000 people participated from the states of Punjab, Haryana and Chandigarh.

➢    Theme or slogan of International Yoga Day 2016 is “Connect the Youth”.

➢    Hon'ble Prime Minister announced the institution of Awards for the promotion and development of Yoga.

➢  Of the 193 UN member countries, celebrations were held in 192 countries

➢    More than 10000 people in London participated in yoga and meditation activities.

❖    The Ramamani Iyengar Memorial Yoga Institute of Pune awarded for outstanding contribution to promotion and development of yoga.

The theme of this year's Yoga Day is Yoga health.

Let’s go back a few millennia to understand and appreciate one of the most valued gift of India to the world at large.

The word "yoga" comes from the Sanskrit root yuj. The practice originated in ancient India. The development of yoga can be traced back to over 5,000 years ago, but some researchers think that yoga may be up to 10,000 years old. Yoga's long rich history can be divided into four main periods of innovation, practice and development.

The beginnings of Yoga were developed by the Indus-Sarasvati civilization in Northern India over 5,000 years ago. The word yoga was first mentioned in the oldest sacred texts, the Rig Veda. Patanjali organized the practice of yoga into an "eight limbed path" containing the steps. and stages towards obtaining Samadhi or enlightenment. Patanjali is often considered the father of yoga and his Yoga-Sûtras still strongly influence most styles of modern yoga (Hatha Yoga).

During medieval India, Yoga thrived under Emperor Ashoka and Harsha. They held control over large lass masses. Later, the kingdoms became fragmented and for centuries, the practice of yoga was orphaned due to invasion and British colonisation. Very few sages and fakirs practiced it.

Swami Vivekananda as a delegate at the 1893 Parliament of Religions in Chicago, wowed the attendees with his lectures on yoga and the universality of the world’s religions. Swami Vivekananda promoted Indian religiosity—and yoga more specifically—as a respectable area of personal interest for the middle classes of Europe and America. The international success of Vivekananda as a representative of India and Hinduism abroad led to national success and admiration within India.

Advent of “Art of Living” promoted and guided by Gurudev Sri Sri Ravishankar, gave a real fillip to yoga within the country during late 90s.

Declaration of International Yoga day by UNGA, globalised Yoga. Yoga might well be the first non-material product that is globalised.

With three successive years of global participation, the International Yoga Day is a well-marked calendar event. It is an event to cherish for every Indian.

The international embrace of yoga has just driven the point across firmly that Yoga is not a religious relic but a method for health and wellbeing (physical, emotional, mental and social). Yoga is the regular practice of a range of many different techniques, including postures and movement, breath awareness and breathing exercises, relaxation and concentration, self-inquiry and meditation.

Yoga is a practical aid, not a religion.

To those minds who see Hinduism and Yoga as two sides of the same coin, here’s a famous sanskrit couplet translated in English:

You don’t have to be a Buddhist to learn Karate or Judo, do you? 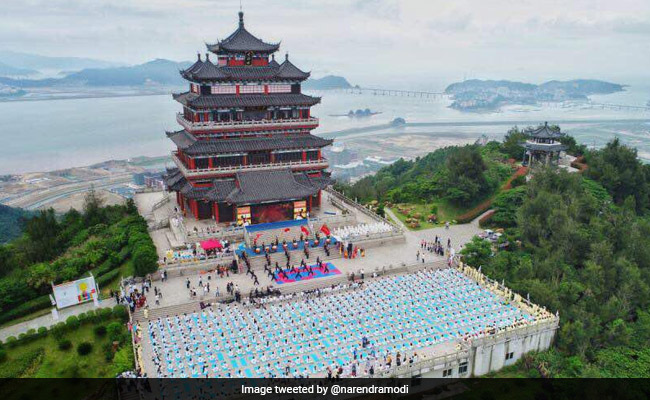