At Google I/O this week, the company made an announcement about the latest attributes that were introduced in Google Search that use Google Lens and augmented reality (AR).

The latest attributes utilize a combination of Augmented Reality, camera and computer vision to overlay content and information onto one’s physical presence and its surroundings.

Augmented Reality features will probably be rolling out later this month, enabling users to see and interact with 3D objects on Google Search.

People can look up for a 3D model and put it within their area by using the viewfinder on their smartphone.

Here’s an example demonstrating how you get an option to show how you can search and see any object in 3D and AR. 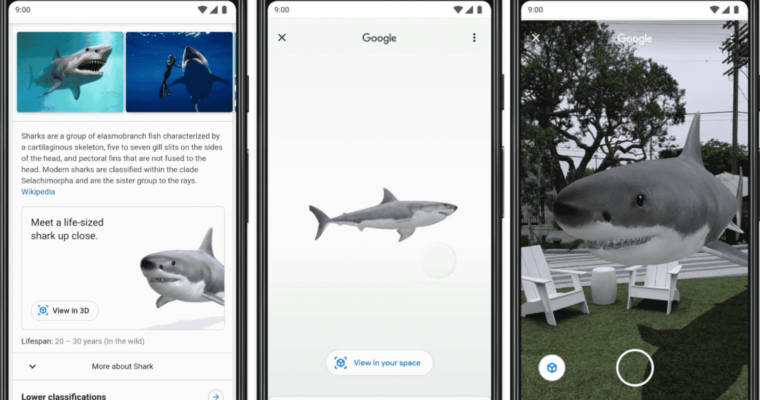 There are also multiple applications for this technology. For instance, the merchant Wayfair utilizes AR in its program to allow shoppers to see how a furniture set would look in their rooms.

Wayfair is just one of many partners working with Google to have its 3D versions appear in search results.

Other partners working on the 3D models include:

Google Lens is easily accessible from the search bar in Google’s mobile app.

Listed below are several upgrades available with this new update:

Restaurant menu search: Suppose you are sitting in a restaurant and you are not pretty sure about the dishes, just take out your smartphone and point out Google Lens on the menu and receive details regarding recipes, with reviews and photographs.

Automatic translations: Suppose you are looking for a translation of a particular section of text in Hindi, all you need to do is to point out Google Lens on the text and get the text translated it to over 100 different languages.

Text-to-speech: Assume a portion of the text is not visible to the naked eye, all you need to do is to point out Google Lens in text and it will be able to read it out loud for you.

Google will initially launch the text-to-speech feature on its scaled down app “Google Go” before bringing it on its premier application.