Our new status on Whatsapp

On 24th February, the world woke up to a radical change in the way we communicate most of the time. Following Snapchat and Instagram, WhatsApp too changed its status feature making it a ‘24-hour story’. The new Status feature lets users share photos, GIFs or videos overlaid with drawings, emojis and a caption that will be visible to selected friends for 24 hours, before disappearing. 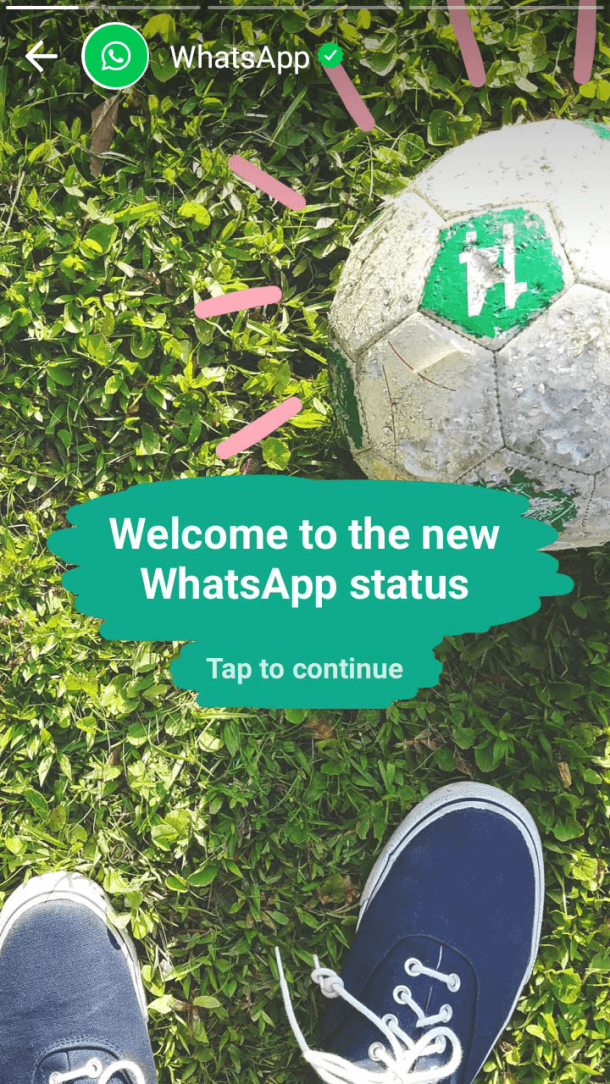 The feature is an exact replica of Instagram Stories, which in turn emulated Snapchat's feature of the same name. This is one of the major updates the chat app has rolled out after the addition of video calling functionality. But as soon as the update went live, it received numerous negative reactions from users flooding twitter and even their whatApp statuses with feedback.

“Exactly! I hate this. It’s rubbish. Why copy snapchat? where would the difference be? I will be deleting WhatsApp.”

“Why did WhatsApp change things so much? I don't always update my status with a photo. Sometimes I use interesting pins from Pinterest or funny memes I've found on the internet. Mark Zuckerberg, not everyone spends their whole life taking selfies!”

“There were so many of my status stored... all gone. I had just let them be saved since 2015. WhatApp took away the difference that made them different.” -Arya Patnaik, digital marketing.

Here’s a look at some of the reasons why the new feature is not pleasing the users.

Old status gone. The app. no more shows the old status which was useful to let people know your availability or absence, your moods, in short your status! Instead you can now only see your username and the phone number.

No place for words. You cannot 'post' any text Status. If you want to say something you have to say it with photos.

24 hours window. The new feature does not allow you to keep your status for more than 24 hours. You have to post a new update every morning.

Another social media app. like Instagram, Snapchat. WhatsApp was the preferred app. for one to one conversations giving them privacy and pace. There was a reason user had, for using WhatApp and not Snapchat.

Although Status is a copy of Snapchat’s Stories, the feature actually goes back to the roots of why WhatsApp was built in the first place. In 2009, when Jan Koum started building what would become the most popular messaging app in the wold, he started off by building a status app.

The idea was that if you were going to the gym, in a meeting, or had a low-battery, you could let people know the situation so they knew not to call you, or at least could know what was going on. With Apple introducing push buttons, people weren't just updating their friends, but sending a message. Five years later, Facebook bought Koum’s former status-updating app. WhatsApp has always retained the original status update next to each user’s name, along with their profile photo. Today’s Status feature won’t replace that. It will be a new, separate tab with a + sign that takes users straight to the WhatsApp camera.

However, there is a section of users, the teens and youngsters, who have embraced the new feature with the enthusiasm they have for all things new. The younger generation who is undoubtedly the most active on social media has immediately taken to the new feature and is using it to the maximum. This also reflects the company’s effort in winning over the selfie and video savvy generation.

The WhatsApp Status, despite being the founding principle behind the app, is however, the most inconsequential feature of the messaging platform. There are those who constantly update it with the same frequency they post Facebook status updates, and there are those that select one of the default statuses like ‘Hey there, I'm using WhatsApp’ or ‘Available’, and then yet those who set it once and forget about it for a while. And the company on its 8th birthday wanted to change this.

Mark Zuckerberg has announced his vision of a video-first social media strategy and the recent revamping of Facebook and its subsidiaries reflects this paradigm-shift. Facebook Live and Instagram Stories have been a runaway hit and the Instagram feature, in particular, has stolen a large chunk of Snapchat's user base. A similar feature on WhatsApp , which has the highest user base of over a billion, could be an instant success. It’s also a move that could finally usher in a money-making system like advertising. WhatsApp said more than a year ago that it was looking at ways that businesses could send messages to its users in an unobtrusive and useful way.

Though Koum and his co-founder Brian Acton have been vehemently against advertising on their app since their early days, but monetizing their app in any other way sounded almost impossible. A WhatsApp spokesperson told FORBES. “Over time, we’ve seen a big uptick in users sharing rich content, such as photos, videos and GIFs on WhatsApp. We wanted to offer a simple, secure, and reliable way for people to share this type of content with all their contacts at once.”

The new WhatsApp Status feature hence opens a new opportunity for its parent-company Facebook to increase revenue through advertising.

In a new development, following the negative criticism and keeping the customer feedback in mind, the company is planning to bring the old version of ‘Status’ back but this does not mean that WhatsApp is removing the new Snapchat-like disappearing ‘Status’ update feature. The old status will now be renamed as ‘Whatsapp Info’ and not ‘Tagline’ as previously reported by WABetaInfo. How the new Status feature, which will predictably open the marketing and advertising floodgates, will play out with its users remains to be seen. Because the fact that WhatsApp is a no-nonsense messaging app, devoid of unnecessary frills, has always been its biggest appeal.